The easiest way to change the interface of the smartphone is by changing the icons. It remains to pick up an interesting set.

As you know, many mobile device owners love variety. And if you don’t allow finances to change one smartphone to another every two or three months, you can at least put new icons at least from time to time. On Google Play, you can easily find packages that contain icons of preinstalled and most popular applications.

Please note that replacing the icons on stock Android is not possible. Before using the sets below, you should install some popular launcher on pure Android. After that, the device will definitely be able to replace icons. 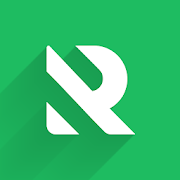 If the smartphone has more than two hundred applications, then not every icon pack is suitable for installation. The ideal option, perhaps, would be Rondo. This set includes approximately 3,500 icons! It is safe to say that the package will cover at least 85% of the applications available on the device. Shortcuts will not change only for those programs that are not very popular.

This program allows you to change and wallpaper. Programmers have specially selected such pictures that will ideally look paired with the icons used. Note that all shortcuts embedded in this package have a resolution of 192 x 192 pixels. That is, the user will have no complaints about the image quality. 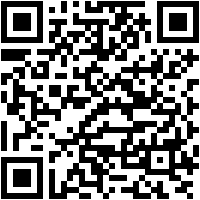 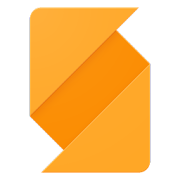 Already a less complete set containing approximately 260 icons. But then each of the shortcuts was saved by the developers in very high quality. You can also use the “feedback” here by asking the creators of the icons for specific programs that have not yet been found in this package. Each month, developers create about a dozen new shortcuts, thereby complementing their set.

Siru's main advantage is the original icon design. Hampusa Olsson was involved in their creation, drawing at one time many interface elements for OnePlus smartphones. Especially for Siru, this man also created paranoid wallpapers that combine perfectly with these shortcuts.

A set consisting of so-called air or gel icons. That is, the elements of the operating system interface after installing this package become painted strictly white. Each label is in a peculiar round bubble. It turns out very original. However, you need to get rid of those applications whose icons are not in this set - just remove such programs from the desktop. Only in this case the composition will be finished.

It should be noted that the package consists of approximately 1600 shortcuts. This is a very large number, only some little-known applications are not supported - for example, directories or something like that. Moreover, every week, the creators update their project, supplying it with a new batch of icons!

The composition of this package also includes wallpapers that are ideally combined with airy labels. It is also important that some shortcuts support the display of the number of events that have occurred within the corresponding application. And if the previous icon packs functioned only in tandem with third-party launchers, then GEL can be launched on LG , ASUS and Sony smartphones equipped with their own shell.

Unique icon set consisting of shortcuts for folders. This is a good choice for those who prefer to keep the desktop in order, constantly grouping installed applications. In total, the package contains more than 15 icons of user folders, made in the "flat" style. Each of the icons implies that it will symbolize a directory with programs of a specific category. For example, the set contains icons dedicated to social networks , instant messengers and cloud storage .

Of course, the applications themselves are not forgotten by the creators. In total, at the time of writing, the set contains 800 vector icons designed for Instagram, Gmail and many other programs. 20 high-quality wallpapers that perfectly match the proposed icons will also help change the appearance of the operating system.

Polycon is distributed free of charge, but certain content can only be obtained for money. 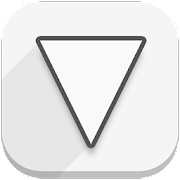 A set containing over 2000 icons. Downloading such a package will take some time, but the icons will be replaced by almost all applications present on the smartphone. Only instructions for repairing a bicycle and programs relating to specific urban enterprises will be left out. But such applications are rarely pulled out to the working screen, remaining only in the menu, so there is no need to worry.

The icons used here are made in black and white colors. Moreover, many of the icons have a minimalist style, as if the drawing was drawn with a couple of pencil strokes. Of course, for these icons you need some two-color clock widget. Fortunately, the creators did not forget about him, nor about the suitable wallpaper, which depicts the city, nature and space.

In general, this is the most original icon pack for Android in this collection. I am glad that the set is distributed completely free of charge, there are no paid options inside. Some chagrin is caused only by the presence of advertising.

Google Play has several hundred icon sets. Talking in detail about each worthy instance does not make sense. But some packages are briefly worth mentioning:

Recall that to use the above icon sets, a third-party launcher is required. Be sure to try at least a few options. Replacing shortcuts is the best way to change the look of your operating system!